All of his lies

THE GOOD NEWS IS THAT, IN 2013,  AMERICANS FINALLY LEARNED TO DO THE MATH.

JACK KELLY ADDS UP THE FOLLOWING:


After Onyango Obama was arrested for drunken driving in 2011, President Barack Obama said he’d never met “Uncle Omar.”
At a deportation hearing this month, Onyango Obama told the judge young Barack Obama lived with him for a few weeks while he was attending Harvard Law School. His landlord recalled seeing the future president in the Cambridge apartment.
Compared to Mr. Obama’s frequent assertion that his mother, dying of cancer, had been denied health insurance, or his oft-repeated promise that “if you like your health insurance, you can keep it, period” — this was just an itty bitty lie.

The 500-page book includes an appendix listing a number of alleged factual errors in Obama’s 1995 memoir, Dreams from my Father, such as quotes incorrectly attributed to Ndesandjo’s mother.
“It’s a correction. A lot of the stuff that Barack wrote is wrong in that book and I can understand that because to me for him the book was a tool for fashioning an identity and he was using composites,” Ndesandjo said.


SO MANY LIES, SO LITTLE TRUTH, THE BARRY O STORY.


Once upon a time, news outlets allegedly reported.  Once upon a time. And when you talk to the losers of AFP, for example, and confront them over their hideous silence regarding the ongoing protests in Iraq, they'll offer weak ass b.s. about how they can't get to the protests and to repeat what they didn't see themselves, well that's jut not what journalism is!!!!!

AFP is the veneral disease of the media.  They prove it yet again today with crap -- and if it's crap, you know The Huffington Post had to pick it up and chew it.

Allegedly police officer Ayyub Khalaf 'hugged' a suicide bomber to prevent others from being hurt.  That's not really how it works, FYI.  He didn't save any lives, he's not a bomb shield.  If he attempted to do it or not, he's a body, not a metal shield.  The 'number' saved by his actions would be about one person -- if even that.  Apparently anatomy and physiology are just two topics AFP also never bothered to learn.  But the thing is, this feel-good report?  It's not a report.

They refuse to cover the protests by speaking to people at the protests.  For those who don't know -- and many don't because there's so little press coverage, protests began December 21st in Iraq.  This Friday?  It will be one year of continuous protests.  But you don't know that.  Nouri's kept the press out and, AFP insists, they can't report on what they can't see and verify themselves.

Because they're cheap little whores. And they spread disease everywhere they go.

Again, reality, a human body is not a bomb shield.  It appears one too many action movies where, for example, someone shoots at Angelina Jolie and she uses someone else's body as a shield, have misled too many people.  In the real world, bullets go right through.  In the real world, we saw it with the assassination of JFK.  That's bullets.  Bombs are even worse.  But here comes AFP with 'People Saved By Police Hugger!'

It can't be verified.  Those vouching have self-interests and are not impartial.  AFP did not see the event.  And logically the spin doesn't hold up (1 body does not stop a bomb).

And it matters because they say they can't get to the protests -- Nouri's forces circle the protests and prevent journalists from entering -- and that's why they can't cover the record year-long protests.  They can't just call organizers and leaders and take down what they say and offer that as a report.  But they can and do just that with this 'People Saved By Police Hugger!' nonsense.

And, repeating, the human body is not a shield against a bomb.  So sorry that you're so damn stupid.

If you read AFP's lengthy pornography -- it's not reporting -- it's also offensive because they get a quote here and a quote there, this family member, that family member blah blah blah.

They didn't bother to do the same for this little girl. 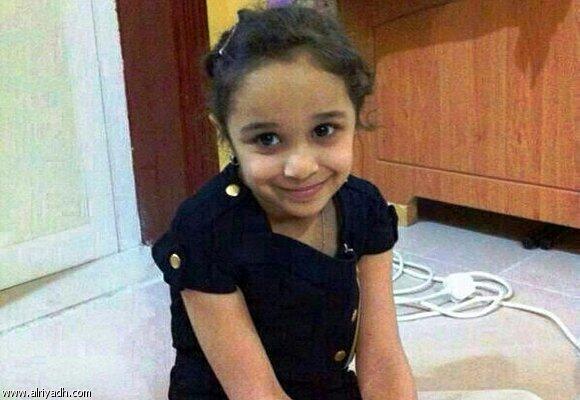 That's Taqi Majid al-Jishi who was shot dead in Samarra and her mother was left injured in the shooting.

But AFP didn't care about her.  Didn't care enough to mention her name or to note her death.


They don't care when a protesters killed.

They don't care when an Iraqi  journalist is killed.

RECOMMENDED: "Iraq snapshot"
"At least 18 dead and 21 injured in today's violenc..."
"More war propaganda from the New York Times"
"Missing FSRN, not feeling it for Beyonce"
"Grab bag"
"Movie thoughts"
"revenge (the good)"
"Thoughts on Hepburn and Desk Set"
"News media, voices, silence"
"The verdict"
"2013 in music?"
"Baucus"
"Peter Hart and other pigs on the left, that's not your penis showing"
"He has more product"
"THIS JUST IN! THE DELAY OF THE OBREEZY DOUCHE!"


Posted by cedricsbigmix at 9:03 AM