FADED CELEBRITY BARRY O IS FACING CRITICISM FROM MANY BUT THE MOST DAMAGING MAY BE FROM SECRETARY OF DEFENSE LEON PANETTA.

"TOO OFTEN IN MY VIEW THE PRESIDENT RELIES ON THE LOGIC OF THE LAW PROFESSOR RATHER THAN THE PASSION OF A LEADER," PANETTA SAID.

BARRY O RESPONDED TO THE COMMENT TO THESE REPORTERS, "WHAT'S WRONG WITH BEING A LAW PROFESSOR?  PEOPLE LOVE LAWYERS!  WE'RE LIKE RIGHT UP THERE WITH SEXY FIRE MEN AND STUFF."

It is now months since US President Barack Obama sent the first wave of 'advisors' into Iraq to determine what was needed.  The 'advisors' were US military in one form or another.

So is it really that surprising that what Barack's so-called 'plan' ended up being was a military action?

Barack has repeatedly (and rightly) insisted that what Iraq needs is a political solution, that only such a solution will provide stability and ease the tensions at the root of Iraq's multiple crises; however, his 'advisors' sent in to determine how to address the crises were not experts in politics or diplomacy.

Had they been, Barack might have had some sort of political aspect for his 'plan.'

The president has set out two clear principles. The first is to “degrade and ultimately destroy ISIL,” the extreme jihadist movement also known as ISIS and Islamic State that now occupies large swaths of Iraq and Syria. The second is to accomplish that goal without deploying American combat troops.
“As your commander in chief,” he told soldiers based in Tampa, Fla., “I will not commit you and the rest of our armed forces to fighting another ground war in Iraq.”
But what if those two principles are not compatible? What if the resources Obama is prepared to commit — American airpower and advisers, working with local military assets — are not sufficient to accomplish the mission of crippling ISIL? Then what?

Yesterday, Barack added to the military 'plan' of endless bombing by putting US Apache helicopters into the mix.  Mitchell Prothero (McClatchy Newspapers) explains:


The United States escalated its involvement yesterday, sending helicopters into combat against targets west of Baghdad — the first time low-flying Army aircraft have engaged in President Obama’s new campaign in Iraq, despite promises it would not include “boots on the ground.”
Until yesterday, U.S. airstrikes in Iraq had involved Air Force and Navy jets and drones. The use of the low, slow-flying helicopters also suggests the security situation in Iraq’s Anbar province is deteriorating. Last week, the Islamic State terrorists overran numerous Iraqi bases and towns.


Dan Lamothe (Washington Post) explains, "Using Apaches introduces considerably more risk to the U.S. troops involved, however. While fighter jets and bombers might have to contend with mechanical malfunctions, they can operate in Iraq unimpeded by rocket-propelled grenades and other weapons that can be used to target low-flying aircraft. Helicopters have been shot down over Iraq, Afghanistan, Somalia in the last 25 years."  And an Iraqi helicopter was shot down days ago by the Islamic State, "AP reports the Islamic State 'shot down an Iraqi military attack helicopter' near Baiji on Friday. NINA adds both pilots were killed in the crash."

Of the helicopters, RT observes, "Their use in aggressive bombing of areas controlled by Islamic State (also known as ISIS or ISIL) could signal mission creep for the US military, which US President Barack Obama has said will not take part in ground-force operations."  Jason Ditz (Antiwar.com) points out, "The eventuality of such a shootdown is likely to mean US ground troops sent on rescue missions to try to recover the downed pilots. This could end up being the pretext for launching a ground operation against ISIS, and such an incident seems only a matter of time."  Ben Farmer (Irish Independent) echoes that point, "Though they are known for their formidable battlefield firepower, they are also more vulnerable to ground fire than the attack jets and bombers that have so far led the air campaign."

Of the air campaign, right-wing  Kimberly Kagan and her husband Frederick (Foreign Policy) are unhappy with the level of war Barack is providing and they want ground troops and they want them now:

The U.S. has hit about 334 mostly tactical targets in both Syria and Iraq in the intervening 50-odd days. To put that number in perspective, the 76-day air campaign that toppled the Taliban in 2001 dropped 17,500 munitions on Afghanistan. Those bombs directly aided the advance of thousands of Afghan fighters supported by U.S. special operators capable both of advising them and of identifying and designating targets to hit. There are no U.S. special operators on the ground in Iraq or Syria, no pre-planned or prepared advance of Iraqi security forces, and no allies on the ground in Syria. This is not an air campaign.


It's also not a 'plan' but you probably have to be concerned about Iraq, and not getting sexually aroused by the killing, to notice that.


Barack's plan is getting attention today -- for so many reasons.  Reasons like the bombing in Hit which has resulted in 42 people being injured and 24 killed. 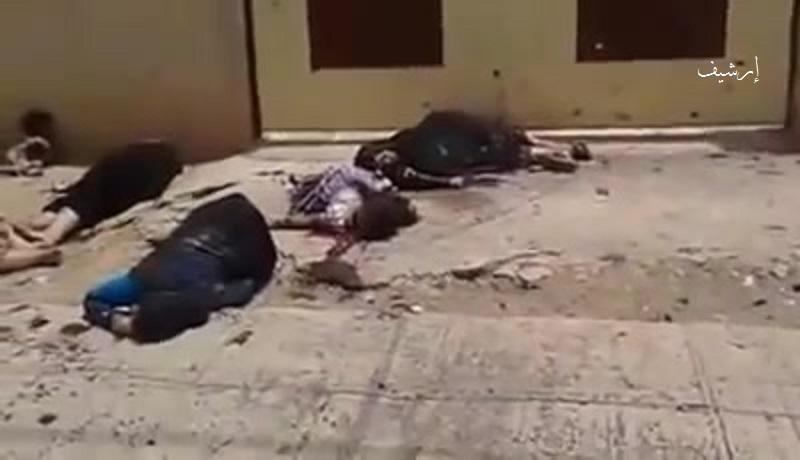 What you can see above with your own eyes and what medical sources in Hit report isn't good enough for the US military command.  Nabih Bulos and Patrick J. McDonnell (Los Angeles Times) quote CENTCOM spokesperson Major Curtis J. Kellogg insisting, "We have seen the media reports alleging civilian casualties in Hit, Iraq.  However, based on our current assessment, we believe them to be false and have seen no evidence to corroborate these claims. I can assure you that prior to any mission, every precaution is taken to ensure we do not harm civilians or civilian facilities. However, we take all such reports seriously and look into them further."  By all means, look further at the photo and maybe take some time to speak with the local hospital.  You know Kellogg is just hoping there's no serious media interest -- like last week when US bombings in Mosul resulted in the deaths of 4 Iraqi civilians.  He's hoping there's no interest and, if that's the case, in a week or so you can expect CENTCOM to quietly release a minor statement acknowledging the 'regrettable' deaths and pretending that such deaths happen in spite of Barack's 'plan' as opposed to because of Barack's 'plan.'

The 'plan' is a failure.  The decision to send in US helicopters is an acknowledgment of that.  But it doesn't alter the 'plan,' it only feeds into the worst parts of the 'plan' and the overall failure of the 'plan.'


Posted by cedricsbigmix at 1:22 PM