The New Republic(an) wants to play

LIKE CRANKY CLINTON, THE NEW REPUBLIC(AN) ISN'T FIT TO BE PRESIDENT OF THE UNITED STATES DUE TO IT'S SUPPORT OF THE IRAQ WAR.

THEY HAVE A NEW IDEA -- THESE GENIUSES -- THAT FADED CELEBRITY BARRY O SHOULD BE HILLARY'S RUNNING MATE.

ONLY THE NEW REPUBLIC(AN) COULD BE THIS STUPID.

ONE OF THE BIGGEST CHARGES AGAINST CRANKY AFTER HER IRAQ WAR SUPPORT (AND VOTE) IS THAT SHE'S A DYNASTY AND THE NATION HAS HAD BUSH-CLINTON-BUSH AND DOESN'T NEED CLINTON AGAIN.

SO THE NEW REPUBLIC(AN) HOPES TO SWEETEN THE POT -- BY TOSSING IN FADED ROSE BARRY O.

LIKE THE COUNTRY'S CLAMORING FOR FOUR MORE YEARS OF HIS NONSENSE.

THE NEW REPUBLIC(AN), ALWAYS DROPPING ITS PANTS TO SHOW HOW TINY ITS BRAIN IS.


The linked to report includes this statement from Baron:


It has been nearly nine months since Jason was arrested.   Now comes word via an Iranian news agency that Jason will face espionage charges. Any charges­ of that sort would be absurd, the product of fertile and twisted imaginations. We are left to repeat our call on the Iranian government to release Jason and, in the meantime, we are counting on his lawyer to mount a vigorous defense.


Separately, Reuters’ Baghdad bureau chief, Ned Parker, left Iraq this week after credible threats were made against his life. The threats followed a Reuters investigation into human rights abuses in the battle to retake Tikrit from the Islamic State and its aftermath. Parker was threatened on Facebook by people believed to be affiliated with Shia militias operating in Iraq and a television program funded by one of the militias “accused the reporter and Reuters of denigrating Iraq and its government-backed forces, and called on viewers to demand Parker be expelled.” The State Department has reportedly raised the issue of press intimidation with the Iraqi government, but a spokesperson for Prime Minister Haider al-Abadi said that the safety of the press “has improved significantly since this prime minister took over” and encouraged members of the press to reach out to police if they are threatened.


Ned Parker is a journalist who has long covered Iraq.  He distinguished himself first at the Los Angeles Times.  There, among other stories, he broke the news on Nouri al-Maliki's secret prisons. At Reuters, he's continued to break important stories.

He also wrote two very important long form pieces in 2014: "Who Lost Iraq?" (POLITICO) and "Iraq: The Road to Chaos" (The New York Review of Books).


James Gordon Meek (ABC News) adds, "The blatant killing of a prisoner in front of the journalists was one of the most alarming examples of the types of war crimes committed with apparent impunity by Iraqi Security Forces and uncovered in a six-month ABC News investigation that aired in March on "World News Tonight With David Muir." It also comes on the eve of Iraqi Prime Minister Haider al-Abadi's White House huddle with President Obama on Tuesday."

Brett McGurk @brett_mcgurk · 4h4 hours ago
Honored to welcome #Iraqi PM Abadi & his delegation to the U.S. as they arrived in a new Iraqi Airways #Boeing 777. 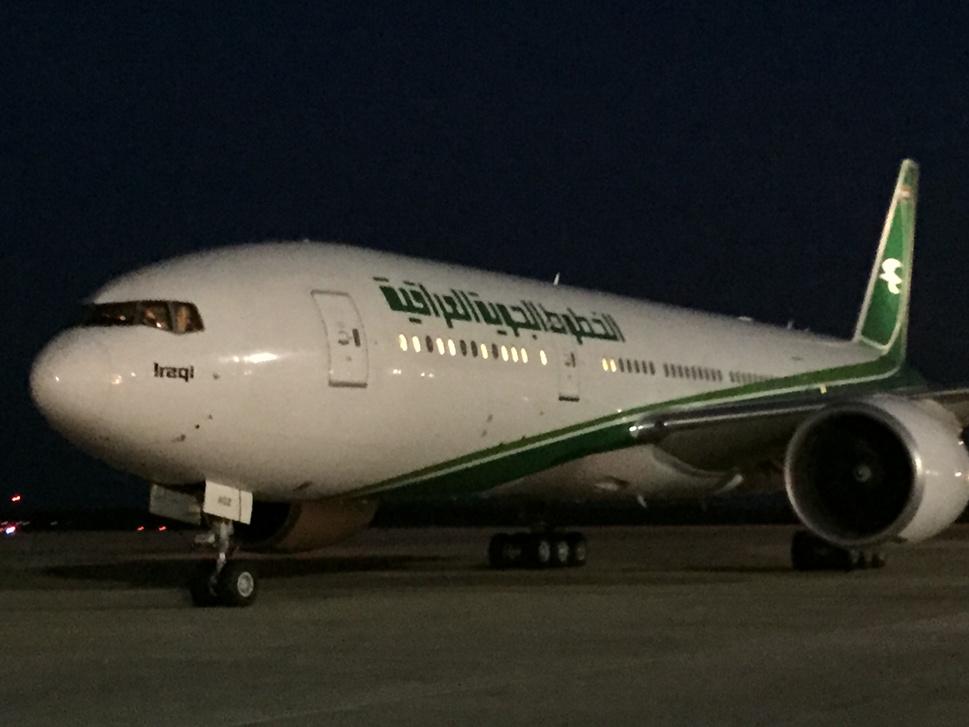 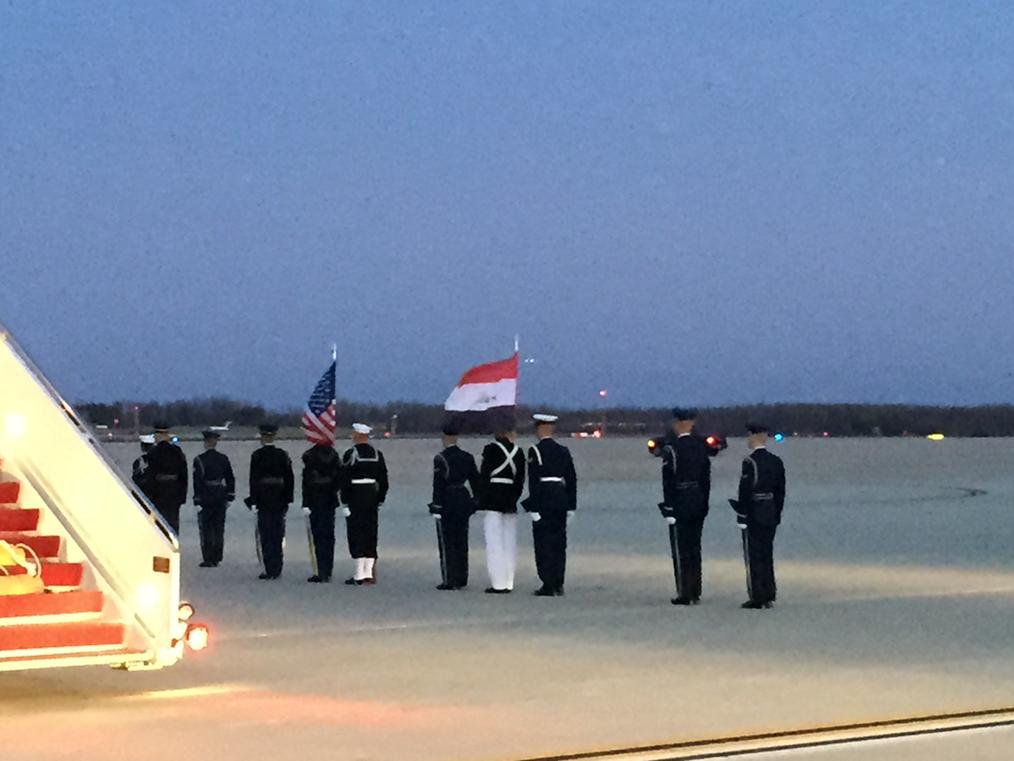 Will the issue be raised during the visit?

The threats and attacks are not an isolated incident but part of a move to suppress and destroy journalism in Iraq.


Two Sundays ago, we noted:

NINA does not publish -- any longer -- violence on the day of.  It publishes reports the next day.  So right now you can't find out about Sunday's violence but come Monday you can.
What's going on?
Al Mada's doing nothing.
It's a ghost of its former self.
In that instance, it's supposedly agreed to silence its own voice to 'help' the new government.
Many other outlets in Iraq are 'helping' or under intimidation.
I've heard about [it] from Iraqis reporting for various outlets and kept waiting to see a major report on it from the west.  Instead, they don't even note it.
Dar Addustour has been covering in reporting and, last week, columnist As Sheikh also weighed in.  Noting the problems facing the Iraqi press, he called for a fund to be set up to support the press and the freedom it is supposed to have.
It is amazing that the press which managed to push back against thug Nouri al-Maliki is now a victim of Haider al-Abadi.
In fairness to Haider, some -- like Al Mada -- are silencing themselves.  They think it's for 'the good' of the country (two different reporters for the paper have e-mailed about that -- they do not agree with the paper's policy).

By the 8th, when Ned Parker's picture was being broadcast on TV with a call to kill him, Haider was in Falluja declaring that there were elements of the media working against the struggle.

The attacks on Ned Parker had already begun, the threats already publicly made and Haider deliberately threw gas on the fire.


Haider did everything but call Ned Parker a member of the Islamic State.

Saturday, his office issued this statement:


Since Prime Minister Haider Al-Abadi took office a series of significant steps have been taken to cultivate an environment where free speech is fostered in both local and foreign media. Bans on several networks have been lifted and journalists are encouraged to perform their job with freedom and integrity even when that entails criticising the government. When the Prime Minister's office was informed  of Mr Ned Parker's concerns over certain broadcasts and segments on local channels we immediately ensured that he was safe in his compound which is fortified and guarded by a well equipped Iraqi police force. We requested that Mr. Parker report to the police details of what he believed to be a serious threat on his life and offered him protection. The broadcasts on those channels were primarily directed against the Iraqi government accusing it of being too lenient on Reuters, which, in their view, had reported stories that were not accurate. We staunchly oppose any bullying, intimidation

towards the media and any attempts to curb and encumber freedom of speech.
We are committed to developing and bolstering a free press which we will take painstaking measures to protect, and is fundamental to our vision of a free and democratic Iraq.


More empty words from a US-installed puppet who's accomplished nothing to point to with pride.


You'll notice he doesn't mention his remarks in Falluja.

You'll notice that it's the only press release in the last 7 days that he hasn't issued in English.

Iraq's Ambassador to the US is Lukman Faily.  Today, he took questions online at Twitter.  We'll note this exchange with the Washington Post's Liz Sly.

.@FailyLukman After what happened to @nedmparker1 can you guarantee journalists won't be harassed/threatened by govt allies? #AskIraq
View conversation
15 retweets 9 favorites

.@LizSly @nedmparker1 freedom of expression is paramount to the new Iraq. Ensuring safety of foreign and Iraqi journalists is an obligation
View conversation
12 retweets 3 favorites

.@LizSly @nedmparker1 one of the first things PM Abadi did was to drop all pending lawsuits against journalists on behalf of the government
View conversation
9 retweets 2 favorites


Saturday, Iraq Times reported Haider's government has decided to shutter all radio stations and TV stations which are linked to government institutions or ministries.  The reason being given?  It's supposed to be a cost-saving measure.


Posted by cedricsbigmix at 1:36 PM