THESE QUESTIONS WERE PUT TO THESE REPORTERS THIS MORNING BY CRANKY CLINTON AFTER WE ATTEMPTED TO ASK HER ABOUT THE LATEST WORK E-MAIL THAT HAS TURNED UP WHICH DAMNS HER AS A LIAR.

FACED WITH TOUGH QUESTIONS THAT GO TO THE CRIMINAL PROBE THE F.B.I. IS CONDUCTING, CRANKY CLINTON SUDDENLY WANTED TO DISCUSS FARTS.


"I FART A LOT," SHE CONTINUED.  "AND IT IS BAD.  BILL SAYS THAT'S WHY HE CAN'T SHARE A BED WITH ME BUT HONESTLY THAT STARTED LONG BEFORE I HAD MY GAS PROBLEMS.  BUT IT IS BAD.  I'LL WAKE UP CHOKING IN THE MIDDLE OF THE NIGHT -- IT STINKS SO BAD.  I'VE CLEARED ROOMS BEFORE JUST BY FARTING.  BARACK USED TO JOKE THAT WE SHOULD USE MY GAS AS A W.M.D.  HE SHOULD TALK, THOUGH, WITH THOSE STINKY FEET."


US House Rep Seth Moulton, for example, has not been silent.

Seth MoultonVerified account‏@sethmoulton
Yesterday I lost my closest friend in the Iraqi Army to ISIS and our failed policy in Iraq. 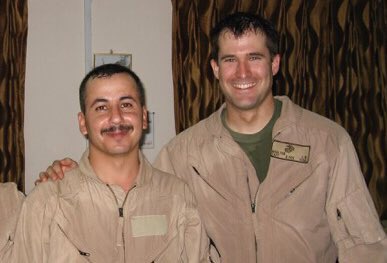 From the May 13th snapshot:


Yesterday on CNN's THE LEAD WITH JAKE TAPPER, Jake spoke with US House Rep
Seth Moulton (and just as soon as CNN posts a video or a transcript, we'll note a link -- instead, we'll just link to Jake's Twitter):

Jake Tapper:  So you blame the Obama administration's failed ISIS policy of the death of your Iraqi comrade who you describe as "your closest friend."  Why?

US House Rep Seth Moulton: He was my closest friend in the Iraqi army and the bottom line is that we have a military strategy to defeat ISIS but we don't have any longterm political strategy to ensure the peace.  And that's why we find ourselves back in Iraq again today refighting the same battles that I, myself, my fellow Marines and soldiers fought just eight or ten years ago

Jake Tapper: And what needs to change, sir?

US House Rep Seth Moulton:  We need to have a clear mission for the troops, a clear end game, a clear goal that they can achieve and than a strategy to maintain the peace once we defeat this terrorist group because, look, we already fought these same battles against al Qaeda but then when we pulled out of Iraq so quickly and not just pulling out the troops, I'm talking about pulling out the diplomats.  I'm talking about the people that were working in the prime minister's office, in the ministries.  The Iraqi government just went off the rails and as a result created this political vacuum that ISIS came in to occupy.  We cannot keep repeating this mistake in Iraq, going back again and again.


Jake Tapper:  Now there are more than 4,000 US personnel, US military personnel, in Iraq right now but the White House argues this is not a combat mission.  Do you think that the Obama administration is misleading the American public.

US House Rep Seth Moulton:  That's just simply not true, this absolutely is a combat mission.  In 2004, I had an advisory mission as a Marine with my platoon in Iraq.  We were advisors to an Iraqi unit and when that unit started to get overrun, we went to their assistance and started the battle of Najaf which was some of the fiercest fighting of the war until that time.  So there's a very fine line between an advisory mission and full fledged combat. It's very clear from the death of the Navy Seal just last week that this is absolutely a combat mission.


Jake Tapper:  Why do you think the White House is-is pursuing the strategy that they're pursuing -- calling it an advisory mission, not a combat mission? Not pursuing the line of attack that you're suggesting they need to -- in terms of the clear strategy with an end game?  Why?


US House Rep Seth Moulton:  I don't know.  I mean, some would say that this is trying to do war on the cheap just like the Bush administration when they got us involved in in the first place.  Let's not forget that we wouldn't be involved in this mess at all if George Bush hadn't invaded Iraq with faulty intelligence back in 2003.  But this a president who promised to get us out of Iraq and promised to use the tools of diplomacy to prevent wars from happening -- and that just hasn't happened.  You know if you think about what happened when ISIS swept into Iraq from Syria, they didn't just defeat the Iraqi army.  The Iraqi army put their weapons down and went home because they had lost faith in their government.  And yet our solution, our strategy, is to train Iraqi troops.  Well you don't fix Iraqi politics by training Iraqi troops. And Iraqi politics are broken.  That's the fundamental problem in Iraq that we need to fix.


And, thing is, Barack agrees with Seth Moulton -- or did on June 19, 2014 when he (Barack) declares that the only answer to Iraq's crises was a political solution.


Yet the last two years has the seen the US government drop more bombs on Iraq and send more US troops in while doing nothing to help broker a political solution.


In April, I visited some of the almost 5,000 troops that President Obama has put back in Iraq, and I witnessed a recurring theme: We have a military plan to defeat the Islamic State — and, as initial gains in Fallujah this week demonstrate, it’s going well in many respects — but we have yet to articulate a political plan to ensure Iraq’s long-term stability.

Sometimes it’s impossible to tell whether it’s 2007 or 2016. The battle plans I hear from our commanders in Iraq today are the same ones I heard at the beginning of the surge, down to the same cities and tribal alliances. My question is: How will this time be different? The silence is deafening.


RECOMMENDED: "Iraq snapshot"
"Those weak, weak Congressional Dems"
"Lock her up already"
"Hillary's village of predators"
"MAYA & MARTY again"
"Censorship"
"Where are the jobs?"
"It takes a village of idiots to support a War Criminal"
"Clinton and Libya and oil"
"Hillary Corruption Clinton"
"Nick Jonas' "Chainsaw""
"hillary clinton is obese"
"THIS JUST IN! WHAT ACCOMPLISHMENTS???"
"Cranky Clinton gets cranky"

Posted by cedricsbigmix at 4:57 AM